The ABSL Summer Hoops 3×3 grand final was held last night, between MHJC’s ‘The Aces’  (Marlon Bolivar, William Chen, Jesse Manuel and Randy Dayrit) and Farm Cove’s ‘Big Time Ballers’. It was by all accounts a very exciting game and ended all tied up at full time with a shoot out to determine the winners!

The final result was MHJC’s “The Aces” being crowned the 2016 ABSL Summer Hoops 3×3 Champions!  Both MHJC teams that were entered into the competition represented MHJC very well, as did their supporters.  This is a tremendous result and wonderful feedback to receive! 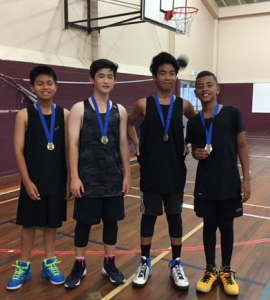