Miss Shields and her team of Mission Heights Junior College students + staff have been working very hard during the holidays, and are proud to be presenting the 2016 School Production “POPSTARS: A 90’S Musical” on the following dates:

The production has your favourite 90’s hits from all of your favourite artists, including: Brittany Spears, Backstreet Boys, N’Sync, Spice Girls, NKTOB, Christina Aguilera, Boys to Men, MC Hammer, Mariah Carey and many more. With exciting dance routines and a hilarious plot, we hope that you will extend your support for students and staff by attending the production! 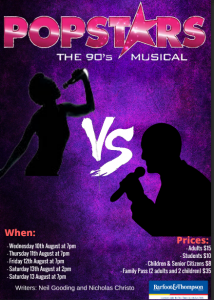 At the end of Term 2, students from the Enviro DEEP teamed up with the Manukau Beautification Trust and WaiCare to clean up the community. Within 45 minutes, the group had hauled rubbish out of the reserve at the corner of Valderama Drive and Bellagio Way.

Students were surprised how much inorganic waste was being dumped, including spare tyres and old camping equipment. Indeed, so much rubbish was pulled out, that the group filled two trailers!

The concept for the Year 10 Mountain students this year was called  Eggsperiment. This started with them being given a normal egg to look after, dress and babysit. The highlight of this concept was when the students had the opportunity to hatch their own chickens from fertilized eggs.

They made their own incubators and researched about the optimal conditions for hatching and were pleased to announce that after a highly anticipated 21 days, they had 4 healthy inquisitive chicks.

After spending the first 2 weeks at school, the chicks have found a permanent home with Mrs Bartlett.  Well done to all the proud parents!

As a part of their NCEA ‘Adventure in the Outdoors’ learning journey, Year 10 students from Water Whanau followed up a day of climbing at the Extreme Edge Rock Climbing facility yesterday with white water rafting sessions at the Vector Wero Whitewater Park today. The Wero facility is New Zealand’s first and only artificial white water facility. Students and teachers had a magnificent time! 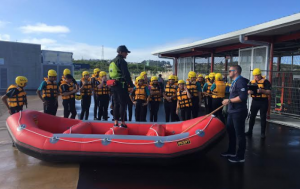 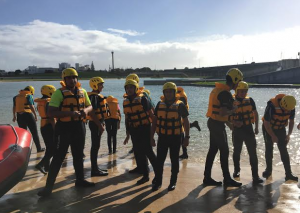 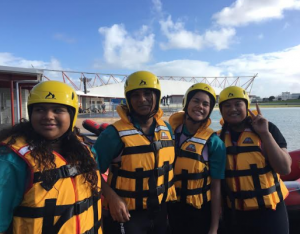 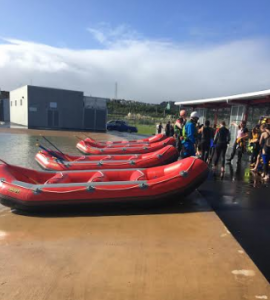 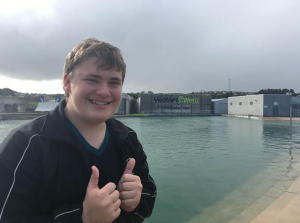 Year 7 students enjoyed the Science Roadshow yesterday, which was hosted at Mission Heights Junior College.  The showcase was a wonderful, interactive event that promoted science curiosity and hands-on learning! 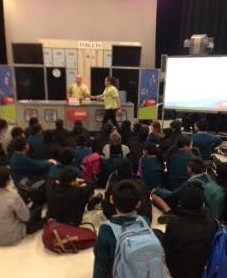 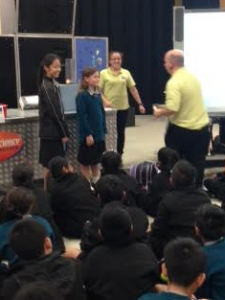 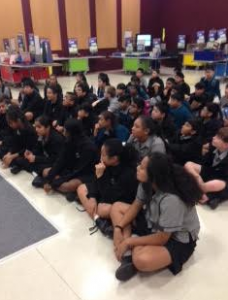 Morgan Telfer’s Level 5 cheerleading team ‘Flawless’, executed a very clean routine on both days of the Hawaiian Cheer Games recently, narrowly missing out on the gold by 0.5 of a point.  MHJC is very proud of Morgan and her team for bringing home a well-deserved silver medal from an International competition involving 6 other countries. This will hopefully give the squad a good chance of claiming a gold in one of their next National competitions being held in Auckland, Wellington and Christchurch over the following months. 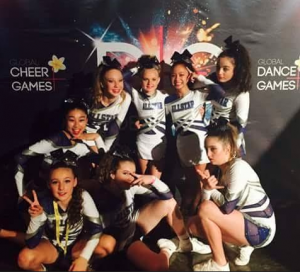 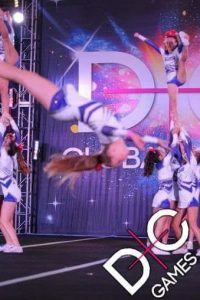 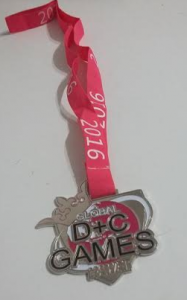 Students from Mountains and Forest Whanau were excited to take part in the  Junior Tough Gal & Guy Challenge recently, as a part of their Term 2 learning contexts. 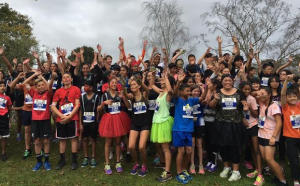 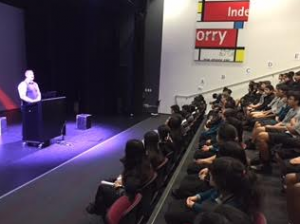 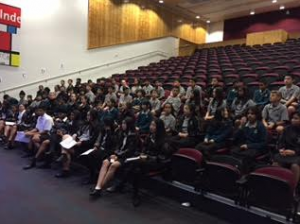 Year 10 students from Coast Whanau visited the Glenbrook Steel Mill to learn about sustainable practices and energy transformation during each stage of steel production. Students enjoyed talking to the resident chemists, some students operated a spectrophotometer to analyse their steel sample. After lunch they went on a guided tour of their rolling mill. This is where they observed how heated steel was pressed and rolled into metal sheets.
From a careers perspective Coast students observed and learned about different skills/personnel that were making the steel plant a success in New Zealand and worldwide. The tour guides were extremely impressed with our MHJC students! 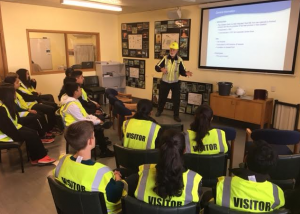 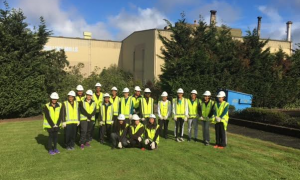