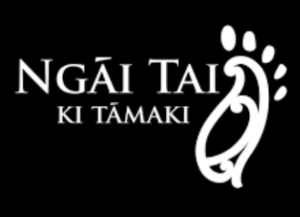 The descendants of the Ngai Tai Ki Tamati people settled in the Auckland – Tāmaki-makau-rau region over 600 years ago. The footprint in the logo refers to a fossilised footprint found on Motutapu Island after a volcanic eruption on nearby Rangitoto. Larger footprints refer to the leaders of the past who helped to navigate their people to these shores and smaller footprints refer to their descendants who helped to settle here.

Following conflict with neighbouring tribes and the British, much of their land was confiscated or sold leaving the tribe with only traditional sites like the Umupuia Marae south of Maraetai. During this time the tribe’s Chief, Te Irirangi, became an influential figure in preserving the identity and mana of his people.

A significant financial compensation was granted to Ngai Tai Ki Tamati in 2015 and an undertaking by the government to restore historical sites.

Today we are fortunate to enjoy a close association with Ngai Tai Ki Tamati and as our school is situated on land belonging to Ngai Tai Ki Tamati we carry with us a sincere commitment as guardian and custodians to protect and preserve the land and the neighbouring forest in particular.

More information can be found at: https://www.ngaitaitamaki.iwi.nz/ 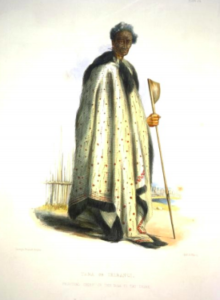 Our connection is illustrated by our school haka “Kia mana ake” which contains references to our origins and the land we occupy:

The school was built on land previously owned by Sir William Manchester who had built a house on a 10 acre block on 103 Jeffs Road called “Watch Hill”.

Sir William Manchester (1913-2001) was born in Waimate and educated at Timaru Boys High School. After qualifying as a doctor he served in the New Zealand Defence Force during world war two. During this time he became passionate about plastic surgery and after his return to New Zealand he became a surgeon and later established a plastic surgery unit at Middlemore Hospital. He became recognised locally and internationally as an authority on reconstructive surgery. He and his team developed innovative tools and practices to serve the needs of burn victims in particular, a skill he had developed during his experience in the war. It was during this time that Sir William built his house in East Tamaki on land on which MHJC was built.

Thousands of his patients benefited from Sir William’s skill and thorough professionalism which can be best expressed with a quote from a book, Perfection, written by Earle Brown and Michael F. Klaassen:

“Perfection in plastic surgery is only just good enough”.