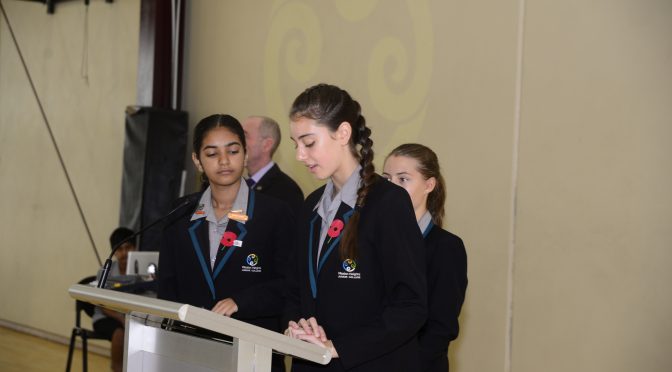 As with tradition, term 1 ended with our Champion’s Assembly when students were acknowledged for achieving excellence in our four cornerstones of extra curricular activity.

We also recognised ANZAC Day with a poem read by Paul Chen who entered the ANZAC Poetry Competition run by the Auckland Museum and “In Flanders Field” by John McCrae read by three members of our Executive Council. The assembly closed with the school singing the National Anthem and respectfully reflecting on the personal and collective sacrifice of those who fell during a minute silence.

Our Executive Council will be joining the parade marching from Stockade Hill, Howick on ANZAC Day at 11 o’clock – we hope to see you there.