Bright costumes, big hair and even bigger music …here’s the show to bring the audience BACK TO THE 80S! Over 100 students from Mission Heights Junior College – cast, crew, choir, band and backstage ­– have worked tirelessly in Term 2 and during the holiday break to bring one of the most popular Broadway Shows to the stage. The musical, written by Neil Gooding, opens in the early 2000’s with 30-something Corey Senior finding a photo from his High School Prom in 1989. Corey has a flashback to his senior year and we follow the trials and tribulations of being a teenager in the 80s, all set around the top musical hits from that decade.

After watching this light-hearted, energetic production, packed with witty one-liners and nostalgia, you’ll find yourself breaking out your 80s moves while singing those 80s tunes for days after!

To book and Pay: Direct Debit to ASB 12-3233-0051320-00 Ensure your name appears as reference. Once completed send an email to finance@mhjc.school.nz with  surname, number of tickets, night attending and phone contact. You will receive a booking confirmation and tickets will be available for pick up from reception beforehand or to collect at the theatre on the night. 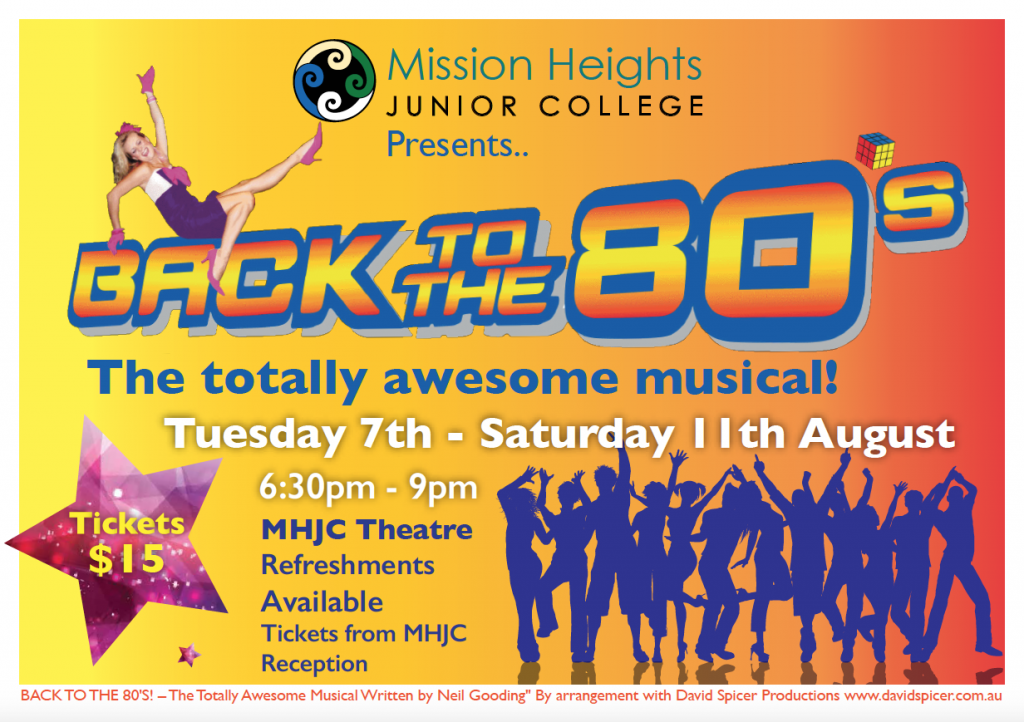