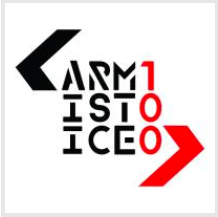 Sunday 11 November marks the 100th anniversary of Armistice Day, the day world war one ended. Every year we acknowledge Anzac Day however the centenary of the day on which the “war that will end all wars” ended is not always observed as widely in New Zealand. It is an important day for us because while the sacrifice shown by the Anzac Forces in Gallipoli cannot be underestimated, New Zealand soldiers also contributed greatly to the Allied war effort on the Western Front in Europe. In total 16 697 New Zealanders were killed in the war, 2779 during the Gallipoli campaign.

Indeed a casualty rate of 58% was one of the highest of any countries involved in world war one. The impact on such a small country was significant and it took many years before the country recovered.

Again we are reminded of the courage of those men and women who served their country, too many giving the ultimate sacrifice. And we appreciate the relative safety and stability we enjoy here in New Zealand. Perhaps a relevant message is that we still need to have the courage to stand up for universal values which uphold and preserve our humanity.

I trust the students of MHJC never have to face the horrors of war but will be prepared to face the challenges of the future with confidence and compassion.