Year 8 student, CJ Lupena-Baker is having a marvellous time in the UK, with the Westham Oceania Academy.  He has reportedly enjoyed plenty of training/games (and sightseeing) at a whole different level of intensity, which has been a great experience for him to learn from and to try and apply upon his return to New Zealand

CJ scored in the Glasgow game with a left footer, and has been playing in a number of positions, mostly CAM, with stints as a forward and right back.  The team has now arrived in Manchester, and have had a coaching session with Hugh McAuley, former assistant director of the Liverpool academy, and now are at Riverside Stadium watching the EPL game between Middlesbrough and Hull City. Tomorrow they have a game vs Liverpool County FA, before attending the Champions League match between Man City and Celtic. They then move on to London for the final leg of the tour.

We are extremely proud of CJ and wish him safe and enjoyable travels with the Westham Oceania Academy.  We look forward to the next update! 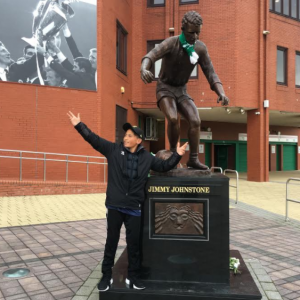 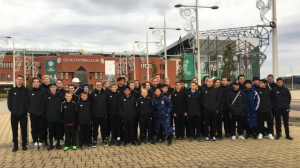